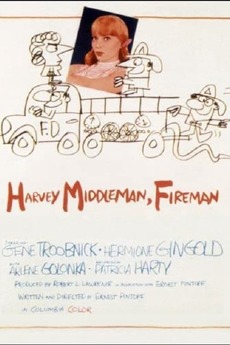 The story of a Freudian Fireman and his blazing dreams...

Harvey Middleman (Eugene Troobnick), a New York fireman, lives a very ordinary life with his wife (Arlene Golonka) and children. After he rescues a beautiful girl (Patricia Harty) from a fire, he fancies himself to be in love with her, leaving his wife and seeking help, in the process, from a nutty Psychiatrist (Hermione Gingold).

well, I wasn’t quite a‬ ‪bum. I had a library card ‬ ‪and I checked books in and ‬ ‪out…

Librarians in the Movies: An Annotated Filmography

LIBRARIANS IN THE MOVIES: An Annotated Filmography by Martin Raish

The "librarian stereotype" has long been the focus of articles,…