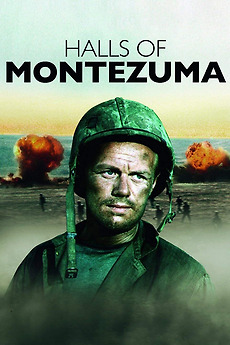 Richard Widmark leads an all star cast of marine leathernecks including Jack Palance, Robert Wagner, Karl Malden, Richard Boone and Jack Webb into battle on a heavily fortified island. This action-packed story follows the squad as they pick their way through enemy-infested jungles on a time sensitive mission to find the source of the enemy rockets. As the mission progresses, the squad and leader overcome many challenges as they are transformed into an effective and efficient fighting unit.

All titles are gleaned from various sources, lists, interviews, etc.

Borrowed from this list on iCheckMovies. I've added some more from the 3-strip technicolor list on Wikipedia, but I'm not…

From the back cover:

Ranging from Bollywood superstar Amitabh Bachchan to Quentin Tarantino, from auteur theory to the Hollywood blockbuster,…

Funded By The Pentagon

This list is taken from the ongoing MUBI list created by Sam DiSalle regarding Martin Scorsese's favorite films. Scorsese has…