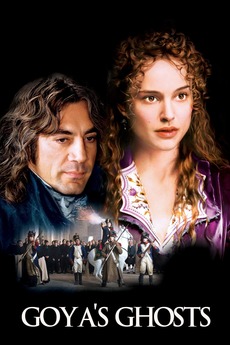 Painter Francisco Goya faces a scandal involving his muse, who is labeled a heretic by a monk.