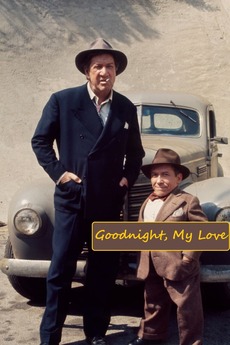 The time: 1946. The men: Hogan and Doyle, private eyes. Their client: A luscious blonde with a figure that would knock you out and some friends who would knock you dead.

Gruff gumshoe Francis Hogan is hired by a mysterious woman to find her boyfriend who has gone missing. With his perpetually hungry partner in tow, Hogan must untangle a web of intrigue involving the criminal underworld and a dead courier. One double-cross follows another as Hogan investigates the whole sordid affair.

The book "Are you in the House Alone", edited by Amanda Reyes, is 330 pages chock full of television movie…

Ranking the ABC Movie of the Week

I'm attempting to watch every ABC Movie of the Week that I possibly can, a somewhat frustrating venture because some…

Crime flicks I watched in 2019