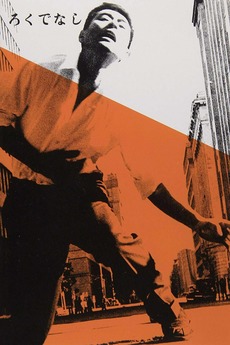 Yoshida's first feature follows the lives of young students against a background of jazz, emptiness and boredom. The plot is fairly simple: a "good-for-nothing" from a poor background falls in love with the young secretary of his rich friend's father. The woman senses good in him and tries to lead him on the right path.