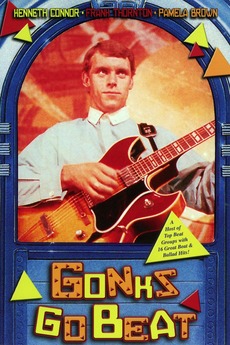 A swiftly assembled musical fantasy movie made to capitalise on the mid-Sixties, British craze for gonks (a sort of soft, furry toy). Today it is of more interest for featuring music by such artists as Lulu, The Nashville Teens, and The Graham Bond Organisation.