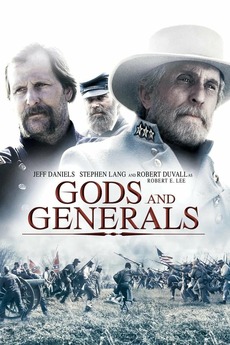 The nations heart was touched by...

The film centers mostly around the personal and professional life of Thomas "Stonewall" Jackson, a brilliant if eccentric Confederate general, from the outbreak of the American Civil War until its halfway point when Jackson is killed accidentally by his own soldiers in May 1863 during his greatest victory.

Because fragile masculinity and stuff.

For When You Have No Plans: Super Long Movies (4+ hrs)

I recently wrote an article about long films, so here is a list of every film over 4* hours in…

400 years of historical conflict on film

This is a collection of war/political conflict films set after the advent of gunpowder-based warfare. The idea is to have…

The films without any nominations and little or no lasting influence in the eyes of the public. A few of…