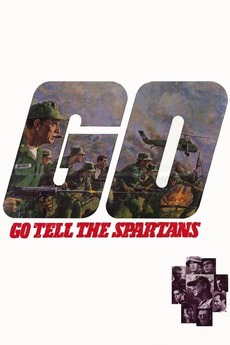 We're getting strafed, shelled, bombed, and blasted. And it isn't even our damned war!

Go Tell the Spartans is a 1978 American war film based on Daniel Ford's 1967 novel "Incident at Muc Wa." It tells the story about U.S. Army military advisers during the early part of the Vietnam War. Led my Major Asa Barker, these advisers and their South Vietnamese counterparts defend the village of Muc Wa against multiple attacks by Viet-Cong guerrillas.

The Empire Film Podcast - A Celebration of Cinema: Edgar Wright and Quentin Tarantino in Conversation

Every movie mentioned (or in some cases just alluded to) in the Empire podcast discussion between Edgar Wright, Quentin Tarantino…

This was quite the undertaking!

Check the descriptions for what they had to say about each film. That being said,…

Neon was an excellent film magazine that was published in the UK between 1996 and 1999. '1000 Essential Movies On…