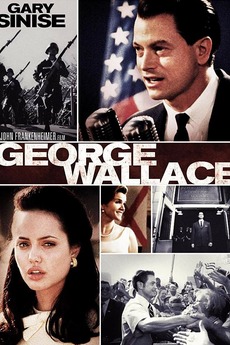 George Wallace is a 1997 television film starring Gary Sinise as George Wallace, the former Governor of Alabama. It was directed by John Frankenheimer, who won an Emmy award for it; Sinise and Mare Winningham also won Emmies for their performances. The film was based on the 1996 biography Wallace : The Classic Portrait of Alabama Governor George Wallace by Marshall Frady, who also co-wrote the teleplay. Frankenheimer's film was highly praised by critics: in addition to the Emmy awards, it received the Golden Globe for Best Miniseries/Motion Picture made for TV. Angelina Jolie also received a Golden Globe for her performance as Wallace's second wife, Cornelia.

Every Film Ever Nominated for a Screen Actors Guild Award.

All the films & miniseries that have been nominated to the Screen Actors Guild Awards (SAG Awards). Others Awards: Premios Goya…

A list of nominees for the Primetime Emmy for Outstanding Limited Series. Anomalous nominations, including series masquerading as miniseries (e.g.…

Every TV movie or miniseries that has ever been nominated for a Golden Globe Award in any category. Continuing series…

Beyond the eight planets lies the expansive Kuiper belt. This is where I collect my 3-star rated films.