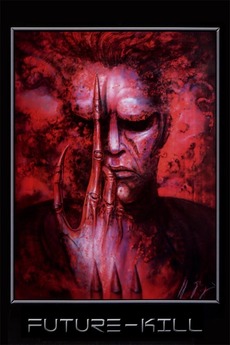 In the future, the Mutants rule!

The star of "The Texas Chainsaw Massacre" returns in a story about frat boys lost in the big city while hunted by a violent leader and his elite gang of gun-happy guards.

Splatter, Night of the Alien