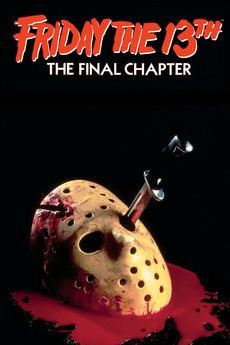 Friday the 13th: The Final Chapter

Jason's Back, and this is the one you've been screaming for.

After the Crystal Lake Massacres, Jason is pronounced dead and taken to the hospital morgue, where he is mysteriously revived, allowing his diabolical killing spree to continue at the camp where the gruesome slaughtering began. But this time, in addition to terrified teenagers, he meets a young boy named Tommy who has a special talent for horror masks and make up, leading up to a horrifying, bloody battle! Has Jason finally met his match?