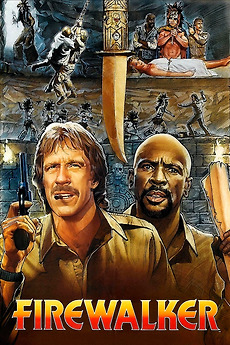 A pair of down-and-out fortune hunters cash in on high adventure!

A pair of adventurers try to track down an ancient Aztec/Mayan/Egyptian/Apache horde of gold.

A list of all films put out by The Canon Group, which includes Golan-Globus productions as well as all titles…

I'm planning on getting through a chunk of movies from the Cannon Group, but it'll be all over…