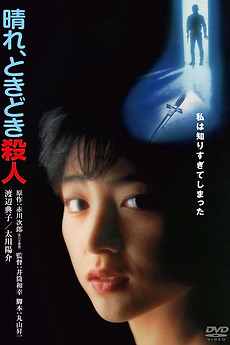 Kanako returns from the USA to a troubled mother who witnessed a man leaving a murder scene and is consequently under persistent threat. For the time being.