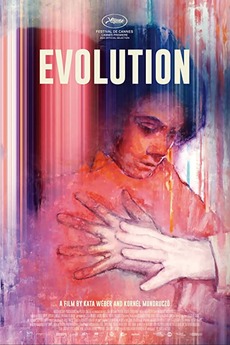 In EVOLUTION, acclaimed filmmaking team Kornél Mundruczó and Kata Wéber (PIECES OF A WOMAN) return with a powerful drama tracing three generations of a family, from a surreal memory of World War II to modern day Berlin, unable to process their past in a society still coping with the wounds of its history. Like the water that connects the episodes in this triptych, memory and identity are fluid, and how we relate to it can drown or buoy. The pain and stigma that trickles from Eva, to Lena and then Jonas is inexpressible, yet rendered with striking imagery by Mundruczó and a wrenchingly poignant yet acerbically ironic and personal script by Weber. While generational traumas find new expression in the present, the family in EVOLUTION looks towards a more hopeful future