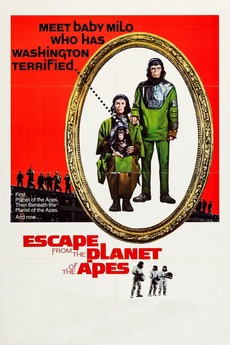 Escape from the Planet of the Apes
JustWatch

Escape from the Planet of the Apes

The world is shocked by the appearance of three talking chimpanzees, who arrived mysteriously in a U.S. spacecraft. They become the toast of society—but one man believes them to be a threat to the human race.