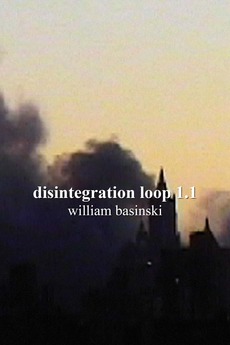 Disintegration Loop 1.1 consists of one static shot of lower Manhattan billowing smoke during the last hour of daylight on September 11th, 2001, set to the decaying pastoral tape loop Basinski had recorded in August, 2001. Shot from Basinski's roof in Williamsburg Brooklyn, this is an actual documentary of how he and his neighbors witnessed the end of that fateful day. It is a tragically beautiful cinema verite elegy dedicated to those who perished in the atrocities of September 11th, 2001.