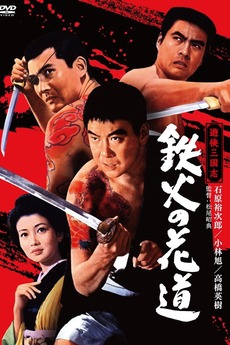 The year is 1926. It has been three years since the Great Kanto earthquake hit Tokyo. Everything is being rebuilt from the ground up. Odera crime syndicate saw this as an opportunity to expand its territory. The Odera boss arranges marriage between his daughter Orin (Ruriko Asaoka) and the son of notorious Gyotoku clan, but Orin’s heart belonged to Shinjiro (Yujiro Ishihara), a member of her father’s clan.