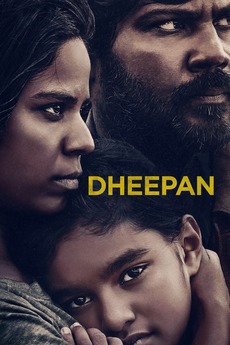 When the war continues to rage in your heart and mind

Three people who have lost everything, a soldier tired of fighting, a young woman and a little girl, pose as a family to escape the civil war in Sri Lanka. They emigrate to France and settle in a chaotic neighborhood on the outskirts of Paris, where apparently the law no longer exists; but they, who barely know each other, struggle to survive there, even when the ghosts of war begin to haunt them again.

Films from our Collection that are currently streaming on the Channel with their supplemental features.

Movies that have such a powerful/memorable/weird/insane/awesome/surprising last scene (or shot) that made you say "THAT ENDING!!!!!" or variations

Does what is says on the tin. Minimum one film a week, probably won't see more than two - it…