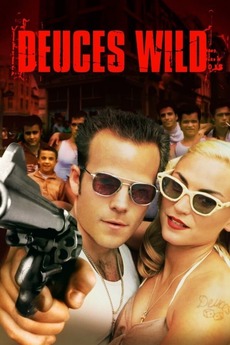 Some lines should never be crossed.

1950s New York City. A bad and bloody gang war is about to erupt on the dysfunctional streets of Brooklyn. The Deuces at war with the vicious Vipers. Scott Kalvert directs this tale of lust, drugs, mayhem and madness during one hot summer on the streets of New York.

This thing of ours...(It’s ongoing)

Ah, the 2000s. The time of flip-phones, MySpace and Baha Men. Thank God those days are over. Not every movie…