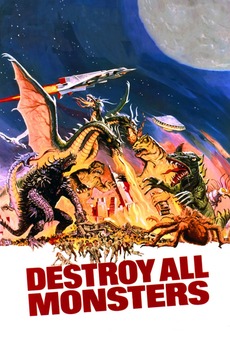 The mysterious Kilaaks appear! Shaking the universe, the great battle of 11 monsters!

At the turn of the century, all of the Earth's monsters have been rounded up and kept safely on Monsterland. Chaos erupts when a race of she-aliens known as the Kilaaks unleash the monsters across the world.