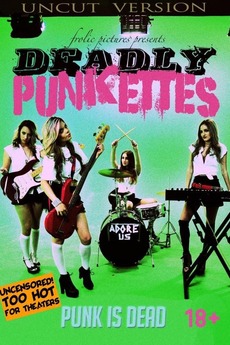 The next big thing.... From the other side

A lead singer in a teenage girl-band, mysteriously dies and soon haunts the other members, their new manager and her replacement.

Punk's Not Dead: The Most Comprehensive Punk Music List on Letterboxd

Another entry in the comprehensive musical genre series, this one is every band that can be considered punk.

Women in punk rock. Not definitive.

This is for movies featuring punk rock lifestyle, documentaries, or concerts. I will be…

justwatch doesn't have canadian Kanopy so I have to do all the work myself. listed alphabetically, as they are on…