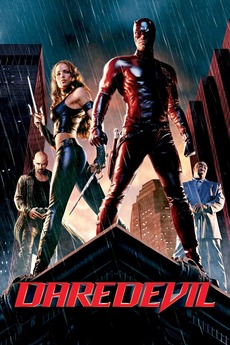 He dwells in a world of eternal night, but the blackness is filled with sounds and scents, tastes and textures that most cannot perceive. Although attorney Matt Murdock is blind, his other four senses function with superhuman sharpness. By day, Murdock represents the downtrodden. At night he is Daredevil, a masked vigilante stalking the dark streets of the city, a relentless avenger of justice.

Not another list of the last five Marvel movies, but an attempt at creating The Superhero List To End All…

There's nothing like a good movie with our favorite hero..

This is a list with films based on Marvel comics.

every film referenced, mentioned, quoted, or in background.

from first season to latest. check the notes for the season and…