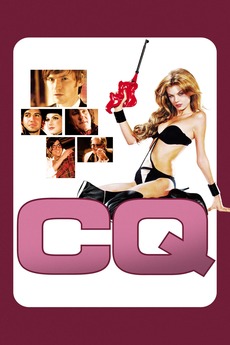 Every picture tells a story.

A young filmmaker in 1960s Paris juggles directing a cheesy sci-fi debacle, directing his own personal art film, coping with his crumbling relationship with his girlfriend, and a new-found infatuation with the sci-fi film's starlet.

Movies in which a vampire appears.