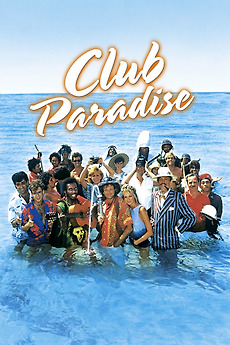 The vacation you'll never forget - no matter how hard you try.

When Chicago firefighter Jack Moniker retires and moves to a small Caribbean island, he is befriended by the owner of a run-down resort. Together they renovate the resort and lure tourists to Club Paradise in an effort to fight off corrupt officials and businessmen who want to claim the resort as their own.

I obtained the encyclopedic tome of mini-reviews by Pauline Kael, "5,001 Nights at the Movies," some time ago and have…