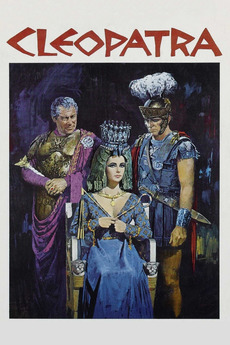 The motion picture the world has been waiting for!

Determined to hold on to the throne, Cleopatra seduces the Roman emperor Julius Caesar. When Caesar is murdered, she redirects her attentions to his general, Marc Antony, who vows to take power—but Caesar’s successor has other plans.