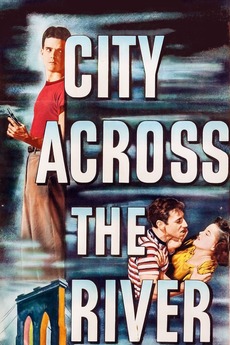 City Across the River
JustWatch

City Across the River

The studio that gave you The Naked City now gives you...

Brooklyn youth Frank Cusack, good son and brother by day, is a gang member by night. The Dukes, seemingly likable dead-end-kids, are dangerously involved with racketeer Gaggsy Steens. Despite the efforts of Franks's parents, he and pal Benny get involved in a serious crime. Can Stan Albert, head of the community center, prevent them from becoming full-time crooks?

I cloned this list from here: letterboxd.com/anne_f_/list/1000-noir-films-they-shot-dark-pictures-didnt/ and updated it through May 7, 2021.

I also rearranged it chronologically, to…