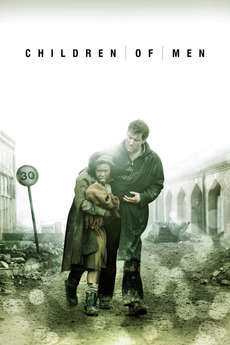 The future's a thing of the past.

In 2027, in a chaotic world in which humans can no longer procreate, a former activist agrees to help transport a miraculously pregnant woman to a sanctuary at sea, where her child's birth may help scientists save the future of humankind.

What’s more human than being broken down to your most vulnerable self by moving pictures on a screen? A list…

Movies that you (initially) thought were "okay" but hit you so damn hard when they ended .

Yea, reeling stuff. This is not necessarily about movies having the best endings but these are the ones that leave…