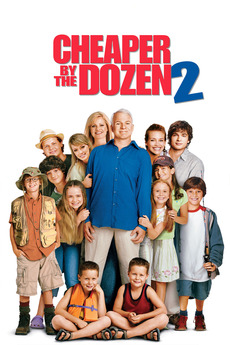 Cheaper by the Dozen 2
JustWatch

Cheaper by the Dozen 2

Steve Martin and Bonnie Hunt return as heads of the Baker family who, while on vacation, find themselves in competition with a rival family of eight children, headed by Eugene Levy,

movies i wanna show my kids

get ready future kids you're in for quite the film education

***my kids will be teens or adults at the…