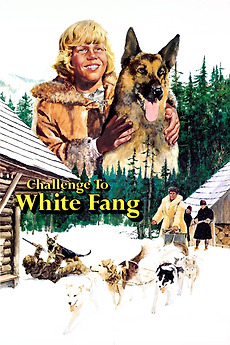 Sequel to Lucio Fulci's first 'White Fang' has the wolf-dog once again trying to stop the villainous Beauty Smith from claiming a recently discovered gold mine in 1899 Yukon, Canada.

Films with Dogs on the film poster. Cause dogs are the best.