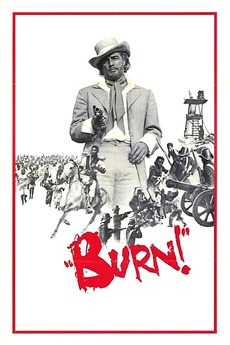 The man who sells war.

The professional mercenary Sir William Walker instigates a slave revolt on the Caribbean island of Queimada in order to help improve the British sugar trade. Years later he is sent again to deal with the same rebels that he built up because they have seized too much power that now threatens British sugar interests.