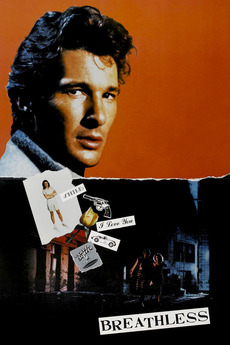 He's the last man on earth any woman needs - but every woman wants...

Jesse has to get out of Las Vegas quickly, and steals a car to drive to L.A. On the way he shoots a police man. When he makes it to L.A. he stays with Monica, a girl he has only known for a few days. As the film progresses, the police get closer to him, and the crimes escalate.