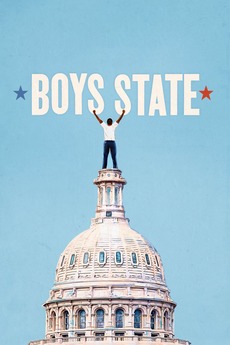 In an unusual experiment, a thousand 17-year-old boys from Texas join together to build a representative government from the ground up.

Welcome to the 2020–2021 motion picture awards season, where we keep track of the major feature film and feature documentary…

A companion piece to Dave Vis' list of Letterboxd's official top 250 films of all-time, which excludes documentaries from consideration.…

To be updated on the weekends. It's ranked by avg l.b. user rating, extracted from here.