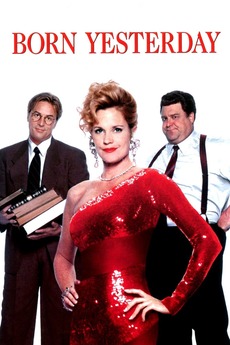 A businessman shows up in Washington to lobby agendas that are friendly to his construction plans. His ditsy ex-showgirl bimbo proves to be an embarrassment in social situations, so he hires a reporter to teach her how to appear more intelligent. Soon it becomes apparent to the reporter that she isn't so stupid after all, and things become more complicated as she begins questioning the papers her sugar daddy keeps getting her to sign, and the reporter begins falling in love with her.

Favorite Movie of 1993: I want to be cool and say it's Linklater's, but in my heart of hearts, "Sleepless…

There are literal hundreds of adaptations of Shakespeare plays, I will not be listing them all.