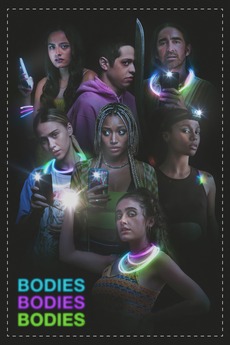 This is not a safe space.

In an isolated family mansion, a group of rich 20-somethings decides to play Bodies Bodies Bodies, a game where one of them is secretly a “killer” while the rest tries to “escape”. Things take a turn for the worse when real bodies start turning up, setting off a paranoid and dangerous chain of events.