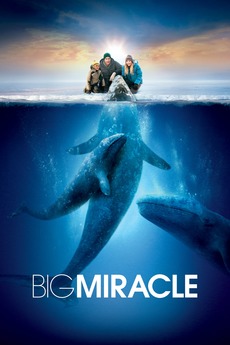 A family of whales trapped beneath the ice. One unforgettable rescue.

Based on an inspiring true story, a small-town news reporter (Krasinski) and a Greenpeace volunteer (Barrymore) enlist the help of rival superpowers to save three majestic gray whales trapped under the ice of the Arctic Circle. ‘Big Miracle’ is adapted from the nonfiction book ‘Freeing the Whales: How the Media Created the World’s Greatest Non-Event’ by Tom Rose.