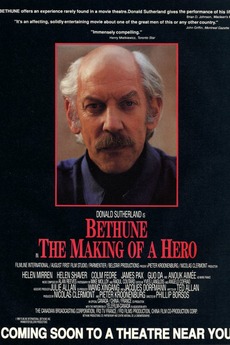 Bethune: The Making of a Hero
JustWatch

Bethune: The Making of a Hero

True story of Norman Bethune, a medical doctor who fought for justice in China during Mao's rise to power.

A precursor to the Second World War, the Spanish Civil War ended in a nationalist victory. Unlike the Sino-Japanese War,…

Every Film Ever Nominated for a Genie/Canadian Screen Award

Since the Genie Awards were…

Ever wonder how The Great Dictator relates to You Nazty Spy!, or where Mr Klein fits into the grand catastrophe…