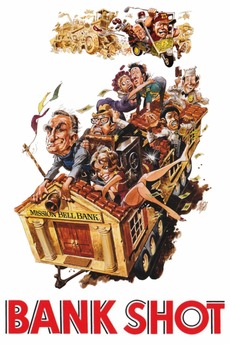 A bank temporarily housed in a mobile home while a new building is built, looks like an easy target to break into. On the other hand, why not steal the whole bank, and rob it in a safer location.

Total Run Time of less than 90 minutes. Have I seen them all? Yes, but that doesn't mean I'll vouch…

Could use some suggestions to get this up to 100. Hate to round it out with Police Academy films.