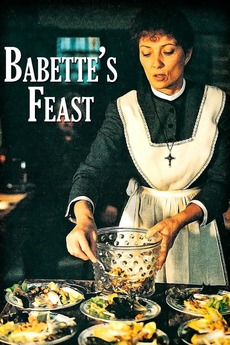 A French housekeeper with a mysterious past brings quiet revolution in the form of one exquisite meal to a circle of starkly pious villagers in late 19th century Denmark.