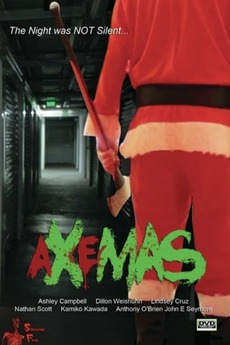 Silent Night, Holy Night, All is calm... All are Dead!

Three couples decide to party in a storage facility after hours and are picked off by an axe-wielding killer Santa Claus.