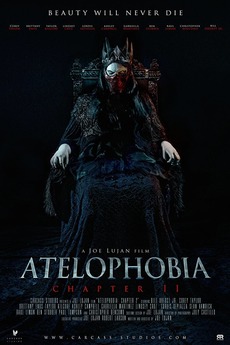 ATELOPHOBIA HAS BEEN RELEASED AND A GROUP OF FANS HAVE DECIDED TO MAKE A REAL LIFE SEQUAL. THE GAMES BEGIN ONCE THE ENTIRE CAST AND DIRECTOR OF ATELOPHOBIA HAVE BEEN CAPTURED, THEY NOW MUST PLAY A NEW GAME OF LIFE AND DEATH.