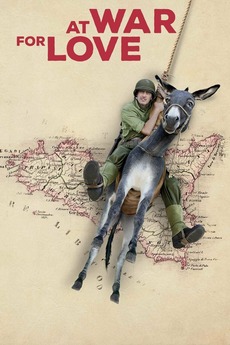 At War for Love
JustWatch

At War for Love

It's 1943 and World War II is raging in Europe. In New York, Arturo and Flora the daughter of a restaurant owner are in love, but she is promised in marriage to the son of a Mafia boss. There is a way around this, but to be able to marry Flora, Arturo needs to get permission from her father, who lives in a village in Sicily. Arturo doesn't have any money, so the only way he can get to Sicily is to enlist in the U.S. Army, which is preparing for a landing on the island.

Mostly for personal management but hope to serve as recommendation.

Art Subs Team is one of the best brazilian subtitling…

All the movies that have been nominated, or won, a David di Donatello in any category