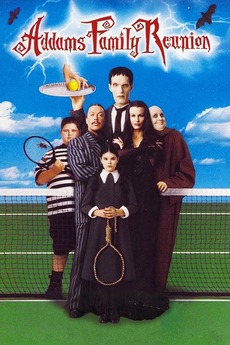 Some families have all the fun.

The Addams Family goes on a search for their relatives. Gomez and Morticia are horrified to discover that Grandpa and Grandma Addams have a disease that is slowly turning them "normal". The only chance they have of a cure is to find a family member hoping that they know a home remedy.

May I offer you some Mort Garson's Plantasia while you browse this list?