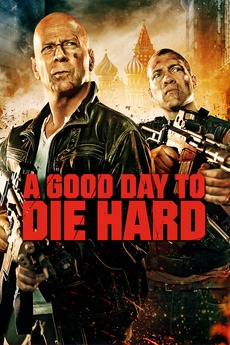 A Good Day to Die Hard

Iconoclastic, take-no-prisoners cop John McClane, finds himself for the first time on foreign soil after traveling to Moscow to help his wayward son Jack - unaware that Jack is really a highly-trained CIA operative out to stop a nuclear weapons heist. With the Russian underworld in pursuit, and battling a countdown to war, the two McClanes discover that their opposing methods make them unstoppable heroes.

I'd love to see more of these stories. REALLY entertaining stuff. If anyone has some, send away.