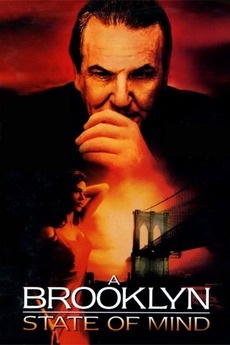 A Brooklyn State of Mind
JustWatch

A Brooklyn State of Mind

Al Stanco has lived all of his life in Brooklyn and does some work for the local crime lord, Danny Parente. New to the neighbourhood is Gabriela, a filmmaker shooting a documentary on the real Brooklyn. Al and Gabriela become friendly but the relationship is strained when he discovers her true goal is to expose Parente's criminal activities. When Al sees the evidence Gabriela has uncovered, which implicates Parente in the death of many locals (including Al's own father), he seeks revenge in a dangerous confrontation with his boss.

new york: the real, the fake and the fantastic

A work in progress. If there is an aspect of organized crime, not just ordinary crime or criminals, within a…

Awful films: Every Zero-Star Film Ever Reviewed in Halliwell's Film Guides--Part I (ALL those in 'The Movies That Matter' and alphabetically in the last Film Guide in 2008, from A to 'The Evil That Men Do')

The British film critic Leslie Halliwell (1929-1989) was one of the most devoted to his craft, and was notorious as…