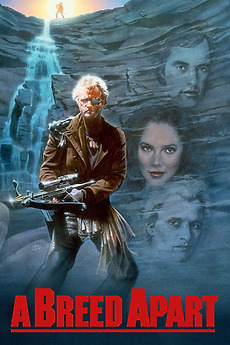 One Man Protects a Secret. The Other Tries To Steal It. And Only One Woman Can Stop Them from Destroying Each Other. Together They Are . . . A Breed Apart.

A conservationist and a widow meet a mountain climber hired to steal bald-eagle eggs.

Is it quite certain that no day will ever come when even the smallest, weakest, most grotesque, wronged creature will…