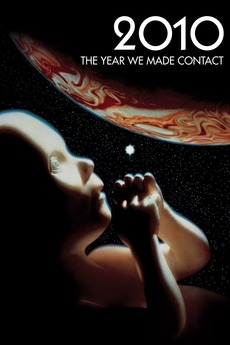 In the very near future a small group of Americans and Russians set out on the greatest adventure of them all …. To see if there is life beyond the stars.

While planet Earth poises on the brink of nuclear self-destruction, a team of Russian and American scientists aboard the Leonov hurtles to a rendezvous with the still-orbiting Discovery spacecraft and its sole known survivor, the homicidal computer HAL.