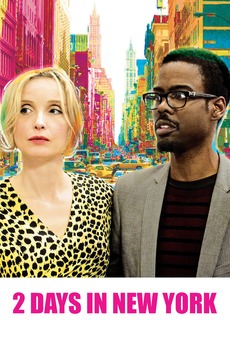 Marion and Mingus both come from failed relationships but, by bringing their children together, they've managed to form a small yet happy family. Tensions in their household soon begin to spike when Marion's jovial father shows up on their doorstep with his randy daughter and her peculiar boyfriend in tow. As the motor-mouthed houseguests shatter every taboo imaginable, the happy couple begin to question their commitment.