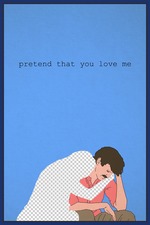 Who would've thought some guy on youtube would make one of the best movies of the year. I really admire the level of raw vulnerability that Joel shows in this. It gets to the point where it feels like we're intruding on this guy's personal life. It's almost a cliche to say that something "blurs the line between cinema and reality" but this thing does that better than I thought was even possible. I can't tell what's improvised, what's scripted, and what's a camera that they plopped down on a tripod during a very real moment. The meta elements in this movie get so layered that it becomes a reflection on Joel as a person, his flaws, the way he's aware (and not aware) of his flaws, and just being an artist in general. This was a painfully awkward and sometimes agonizing watch but it's one of the most honest movies I've ever seen, and I can definitely see myself revisiting it when I need something cathartic.