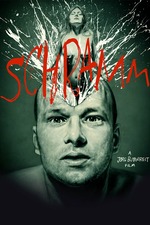 It wouldn't be bold to claim that Buttgereit showed interest in these matters being influenced by real-life cases and decided to opt more for a psychological approach with emotionally surreal juxtaposed undertones as he delves in the mind of a serial killer more loyal to the invigoratingly absorbing psychological perspective of Angst than with the extreme Narcissism of Noé's butcher in Carné (1991) (his approach would be much more psychologically analytical in 1998) or with the profile character study of Henry: Portrait of a Serial Killer (1986).

Despite his infamous graphical nature, Buttgereit is still a poet of his own philosophies. He treats his ideas of pain, asassination, death and necrophilia with relentlessness and honesty, but also with an empathetic sense of acceptance of these individuals without justifying or glorifying these unfortunate outcasts of society that are dangerous to others just as they are dangerous to themselves. That is why he is so underseen and misunderstood. People are either unwilling to approach extreme cinema which is almost always associated with gratouitous and meaningless exploitation when interesting and even socially concerning topics can be handled with this type of essays that must resort to a graphical nature to back up their ideas.