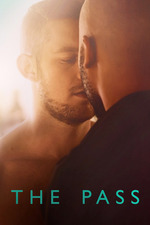 Wouldst thou like To live deliciously?’s review published on Letterboxd:

OK my rating doesn't mean this was bad movie. Its an ok movie ON NETFLIX emphasis on Netflix so you wont lose anything by checking it ou if you want tot. Fans of call me by your name and Gods own country might like this. Those two movies are way way far superior than this(two of the best of 2017 IMO). But you know since its on Netflix check it out if you're bored/chilling at home.

The characters are very unlikeable especially Rusell Tovey's character. What a fucking asshole. But I don't mind unlikeable character in fact I like them more than basic sympathetic characters. They are more interesting and more real. The reason why I give this is a 2.5 and not more is because this feels like a play. I've enjoyed some movies with similar playish settings(Throughbreds and Beatriz at dinner for example) but here I thought it was one of its cons. The whole movie has two settings in two hotel rooms. One 10 years ago and one in the present. Only 5 characters in the whole movie. Bonus points for being short and not overstaying its welcome. It ended when it needed to end. I think this would've worked better as a short rather than a full length movie. Still good performances from the two leads. Tovey seems like he's always cast as a messy, cocky asshole but the plays them right so no complaints.

EDIT: There is a blackface scene involving nutella. WHAT THE FUCK? that was not needed at all.

PS: you might feel the strong urge to go to the gym ASAP after watching this. I actually went before work this morning lol.